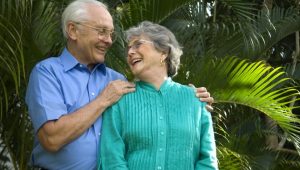 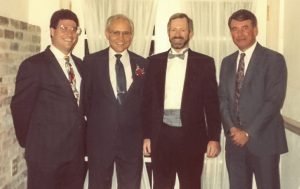 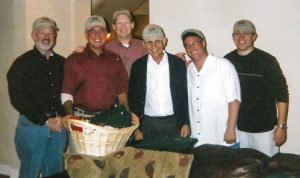 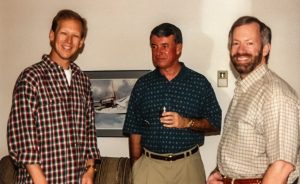 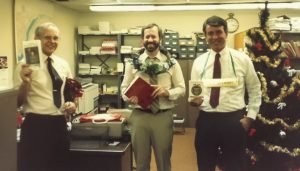 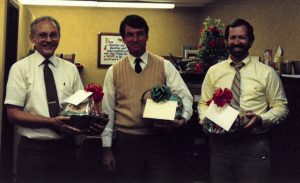 Thirty years ago, a man I barely knew hired me as an associate attorney in his law firm. It was the most fortunate day of my career. That man was John W. Sheppard, who sadly passed away February 4th at the age of 89.

While I was unaware of who he was at that time, as I had then resided in Fort Myers for less than two years, Mr. Sheppard was and remained a local legend. He and his wife Ellen transformed our community through altruism, philanthropy (he was a founding father of the Southwest Florida Community Foundation,) and faith. They donated the chapel at Golisano Children’s Hospital and supplied thousands of teddy bears to hospitalized children over several decades. He held the Guinness Book of World Records for donating blood, over 47 gallons at the time of his passing. He served on FGCU’s Planned Giving Council, and taught Sunday school as a deacon in his church. Having lost a son to suicide, he counseled countless parents who lost children. Detailing all of his and Ellen’s good work would require volumes, so I’ll leave it at that.

I was a mere 28 years old and three years out of law school when Linda Treise, a local CPA, knew that John was looking to retire because of health issues, and that I was an ambitious young attorney hoping to make a name for myself. She introduced us at a tax lecture I was giving to other professionals. We shook hands and set up a time to have lunch.

During my interview I asked Mr. Sheppard if I, being of the Jewish faith, would cause problems, as he was such a strong presence in his church and many of his clients were devoutly Christian. “Craig, I don’t believe so but if any feel that way that’s their problem, not your problem,” was his answer. I was hired by John and his two law partners, Jay Brett, and John Stewart, who remained my law partners until their retirements.

Another question I asked during the interview was whether his office had sufficient work for me. With a wry smile he said, “I think so.” I no sooner settled into my desk at our old office on West First Street than I was under an avalanche of files. “Pace yourself, Craig. It’s like shoveling sand at the beach,” he’d say motioning with his arms, “you no sooner pitch a shovel full over your shoulder than the hole fills up again!”

The plan was to work alongside John for two years before he called it a career. During our first year together, I learned more about being a lawyer than I ever learned in law school. John was caring, empathetic, and practical. When an unusual issue came up in a probate, for example, and there was no Probate Rule on point, John would fashion a Petition to the Court and an Order for the Judge to sign while not directly on point with any statute, it just made sense. I don’t remember one that was ever rejected.

He was always bright and cheerful with our staff. I never heard him raise his voice, although there were plenty of incidents that would cause almost any other person to. He charged fairly. In the rare instances involving a complaint over a bill, he’d nevertheless acquiesce to the client. “Pay me what you think it’s worth,” he’d say and accept whatever it was, although that would be the last bit of legal work he’d prepare for that person.

In mid-December of my first year at this firm that was established by John’s father and uncle in 1924, Mr. Sheppard came into my office, closed the door, and sat down in a chair. “Craig, you’re doing fantastic! Your work product is excellent, and the clients love you,” he said, with a big smile. “I’m out of here at Christmas!”

“Christmas next year, right?” I stammered.

“Two weeks from now?” I felt my face going flush.

I didn’t sleep for three years thereafter, worrying that I’d somehow lose the confidence of the many clients who expected a wise man with grey hair to sit across the conference room table rather than a young, (then) dark haired guy like me. I remember one elderly client peering over his reading glasses, pausing, then asking, “How old ARE you exactly?”

On his way out the door between Christmas and New Year’s, having packed up his belongings, Mr. Sheppard offered one last bit of wisdom. “Craig, the law is a jealous mistress,” he said. “Don’t let her take you away from your wife, your family and others who are important to you.” I’ve taken his words to heart over the years.

I’ve always felt like I’ve never filled the shoes of John Sheppard. I’m not sure that anyone could. But having been mentored by this extraordinary man has been both a privilege and an honor. May his memory be for a blessing to all who knew him.

PS – you can also read the transcript of John Sheppard’s eulogy by Sheppard Law Firm Partner, Jay A. Brett, here.

Categories
Blog Archive
How can we help?