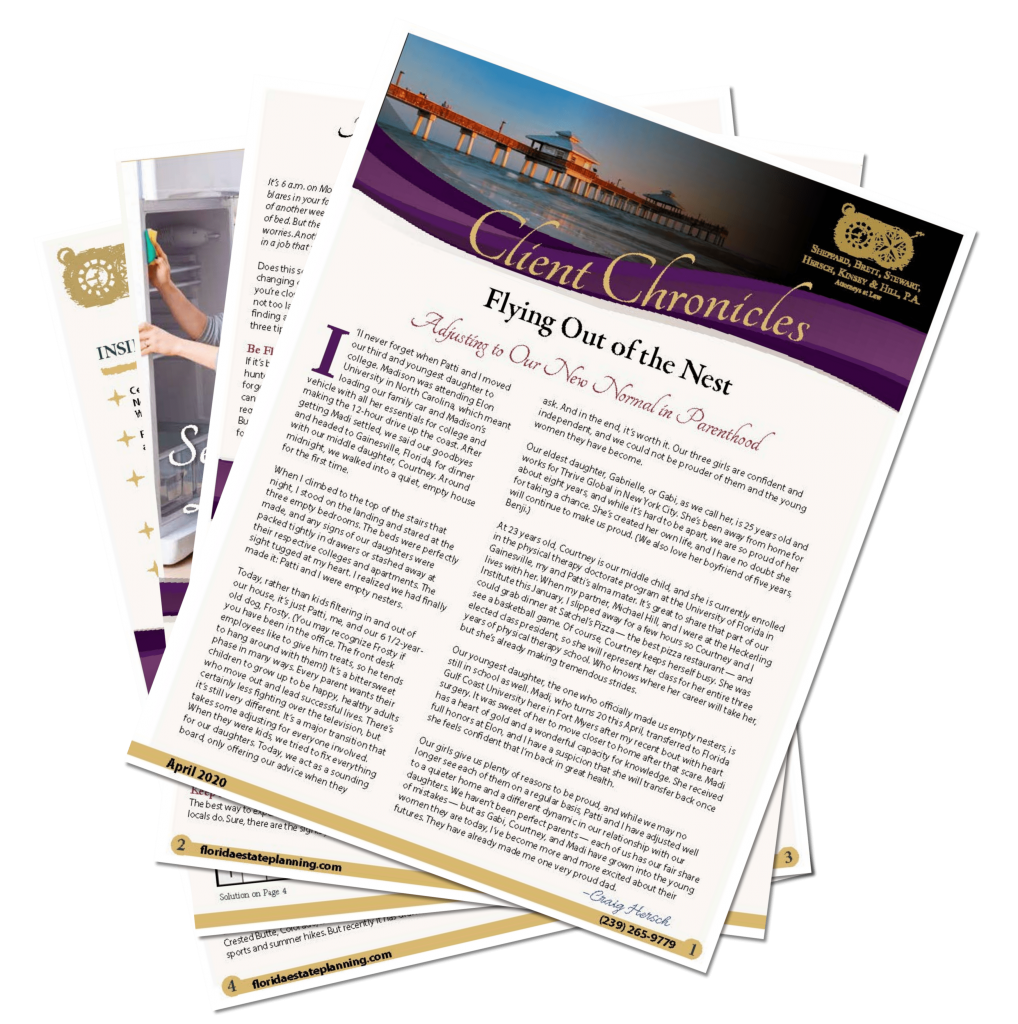 How Can We Help?

The Perils of Joint Accounts

Growing up in Indianapolis, my family was close to my [...]

Regular readers of this column know that I like to [...]

Many Florida residents, particularly those in Southwest Florida, suffered casualty [...] 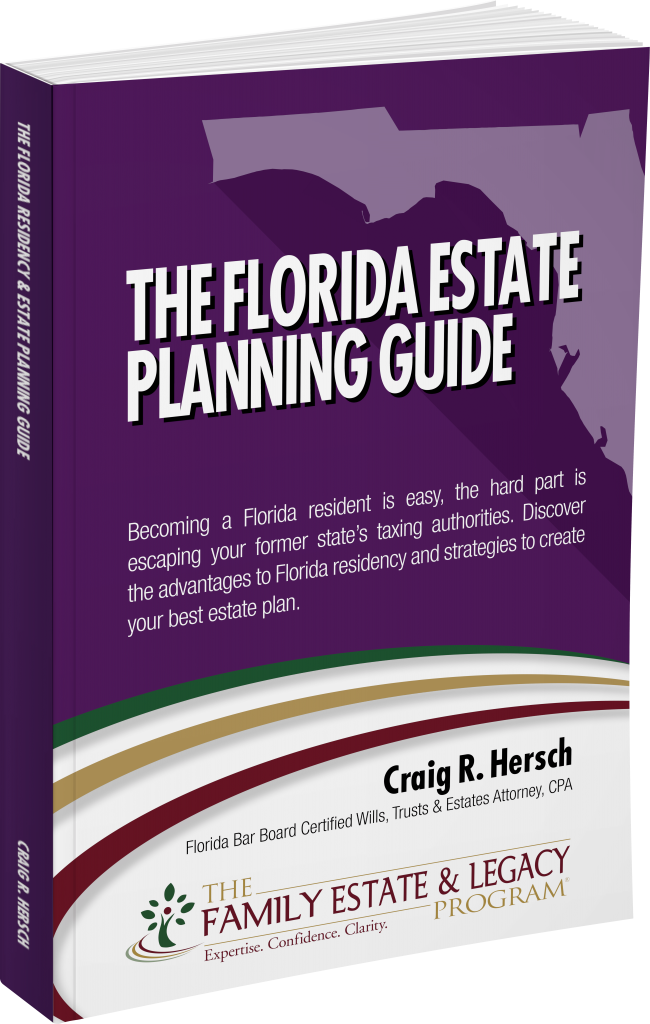 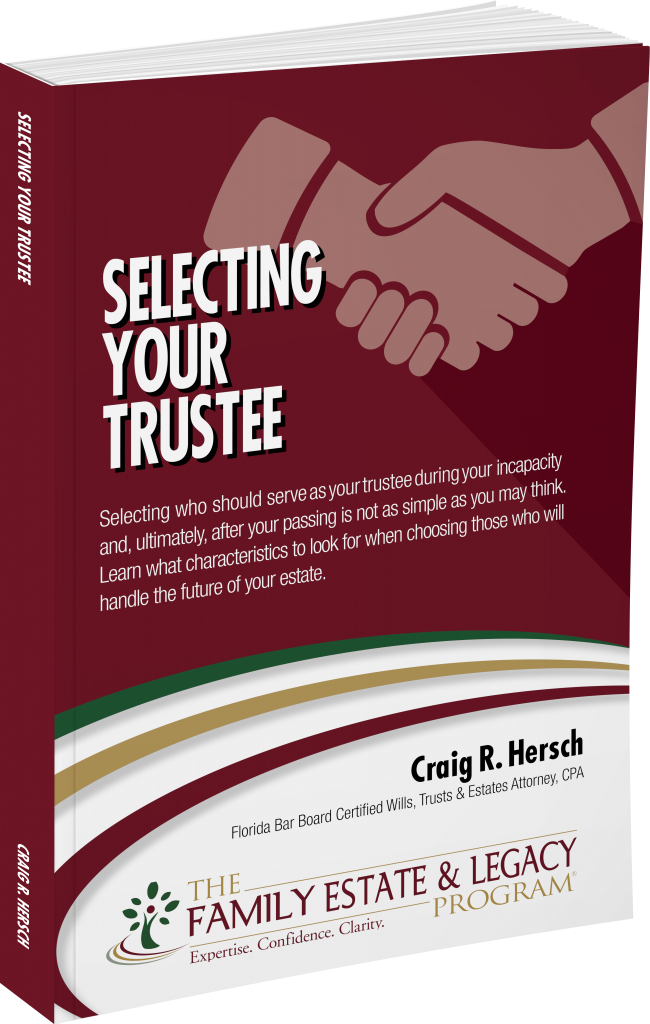 Selecting Your Trustee: Ensure You Have the Right People Serving in Your Plan 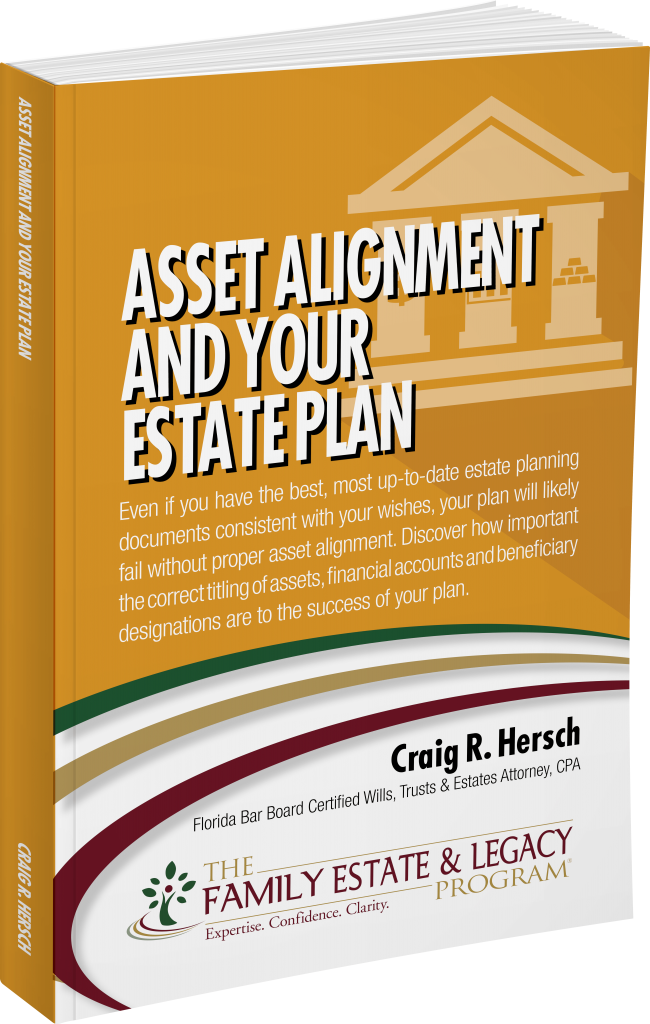 Asset Alignment and Your Estate Plan: Even the Best Estate Plan Can Fail 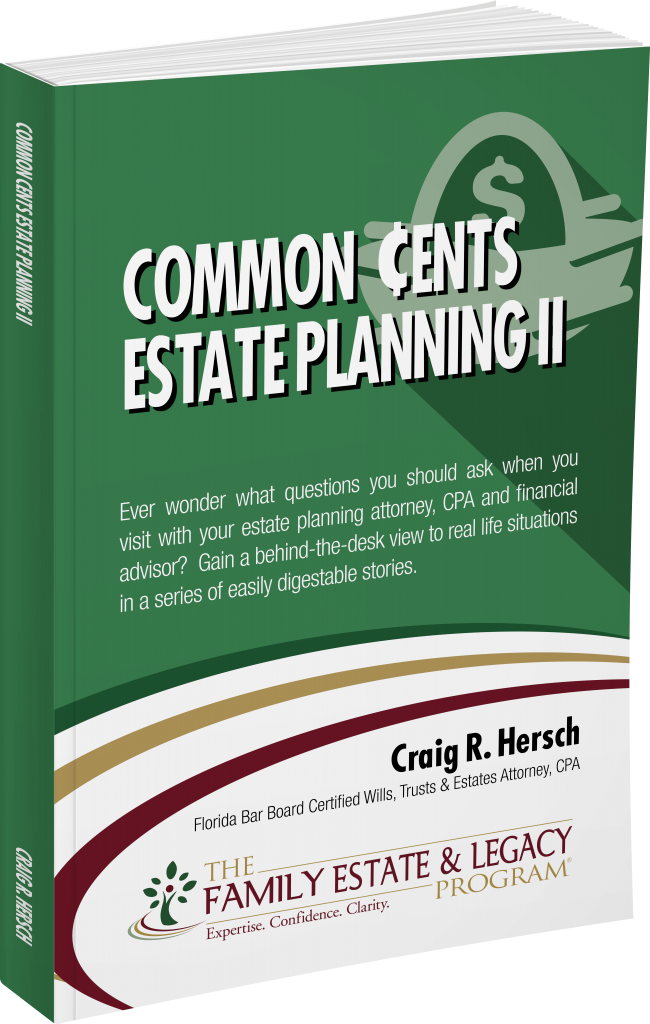 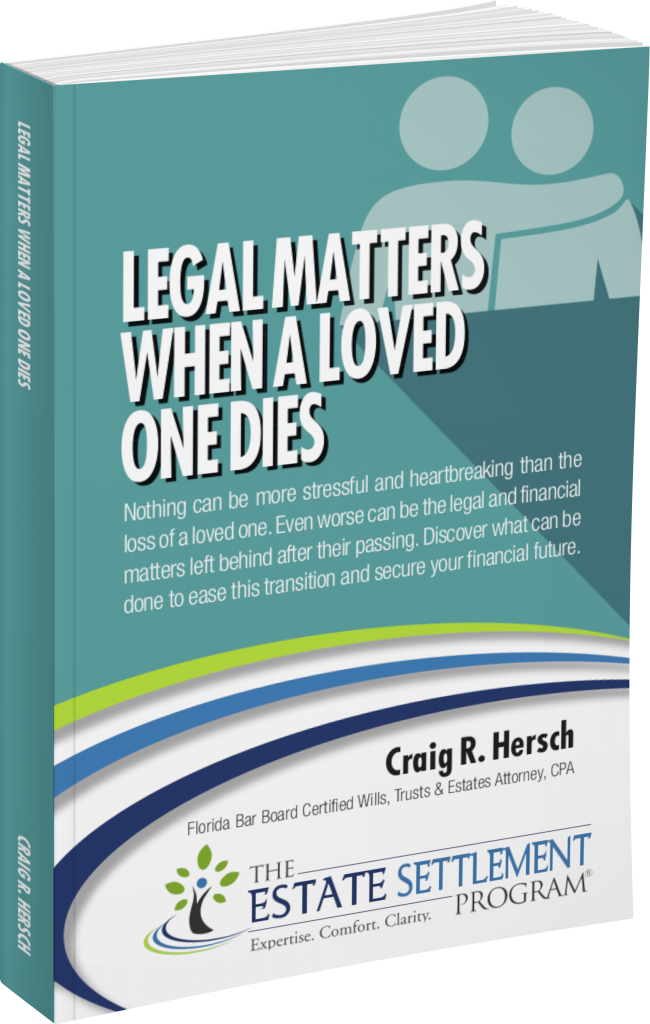 While moderately simple to become a Florida resident, your former state may not easily release you from its steely grasp.

The common thread throughout most of the states that impose taxes is that even if you declare yourself to be a resident of Florida or any other state, they’ll still consider you as their resident for tax purposes if you spend a certain amount of days there or engage in certain activities.

In fact, in recent years, states are becoming increasingly aggressive in taxing their “former” residents. Why is that? State revenue departments are hungry for money. Taxpayers who haven’t properly severed their relationships with their former home state are prime targets for assessments of back taxes, interest, and penalties.

It isn’t enough that the taxpayers reside in Florida, for example, for more than six months. New York pursued one taxpayer because he maintained a larger home in the state, retained his social club memberships, his estate planning documents were signed in the state, and he kept his pets there among other things.

Flying under the radar isn’t possible in today’s technology age either. New York conducted 3,000 nonresidency audits every year between 2010 and 2019, collecting more than $1.3 billion of revenue. More than half of those who were audited lost their cases.

What do state auditors do to make the case you haven’t left your former home state for tax purposes? I’’s not uncommon for them to review credit card bills and travel schedules, examine cell phone records, social media feeds, veterinary and dentist records.

Auditors even conducted in-home inspections to look inside taxpayer’s refrigerators. Fresh fruit and vegetables apparently can cost you a lot more than you suspect!

As the most aggressive states like New York and California succeed in pulling back former residents for tax purposes, other states are likely to follow. Updating your estate plan is one crucial element to prove yourself a resident of Florida.

In almost all instances if you earn income in a state you will be expected to pay income taxes to that state. If, for example, you are a Florida resident but earn income in New York, you are still required to file a state income tax return and pay taxes there. In some states, like New Jersey, you may pay higher taxes as an out-of-state taxpayer as opposed to as an in-state resident.

So, if you are still earning income in another state before declaring Florida residency you will want to examine whether that’s advisable.

Prior to 1996, some states maintained statutes allowing for “source taxes.” These statutes required those who earned pension income in a state to continue paying taxes to that state even though they no longer lived there.

Sounds bureaucratic doesn’t it? And unfair.

Back in 1989 the Schenectady Gazette reported the plight of a retired woman who earned a pension while working in California. Though the woman moved to Nevada over nine years earlier, she still received a tax bill from the State of California on her pension income. Retirees across the United States faced similar scenarios, thanks to various incarnations of this source tax law.

Congress recognized this unfairness and consequently enacted the Pension Source Tax Act of 1996. This law stipulates that “No State may impose an income tax on any retirement income of an individual who is not a resident or domiciliary of such State.” While the Source Tax Law does not restrict how a state defines residency, it prohibits any state from taxing non-residents for pensions, even if earned within that state. If you earn a pension in Vermont, for example, then retire to Florida; Vermont cannot tax your pension income.

This begs the question. How do states define residency? A quick review tells us that Massachusetts, for example, considers anyone who spends more than 183 days a year there a resident no matter where they are registered to vote or obtain a driver’s license.

Clients will ask me, “How will my former state even know where I am? What if I say I was in Florida for more than 180 days over the course of the year?”

In today’s day and age, it is easy to determine the time one spends in any location. Even as something as innocuous as a fishing license can result in taxes, interest and penalties.

Many years ago, a client of mine, “Peter” maintained his primary residence in Florida and a secondary residence, a lake cottage, in Minnesota. Peter took all reasonable measures to ensure his Florida residency. He registered to vote here. He registered his cars and got a Florida driver’s license. His credit card statements and tax returns all named Florida as his residence. He spent more than half of the year outside of Minnesota.

Peter did, however, spend summers at his lake cottage fishing and enjoying visiting with his grandchildren who lived nearby and often spent the weekends with him. One year, upon returning to the cottage he visited his local supply store where he applied for and purchased a fishing license. Minnesota fishing licenses are slightly more expensive for non-residents than they are for residents. He indicated on the license he was a resident of the state, since he owned a home and paid property taxes there.

Peter died that summer in Minnesota. His family was careful to have his death certificate show that he was a Florida resident. The Minnesota Department of Revenue thought otherwise and imposed a state tax on the entire value of his estate. In supporting their claim, they cited Peter’s fishing license application, where he clearly indicated that he was a resident of the State of Minnesota.

Our office denied this was a full admission of primary residency. Peter, we argued, believed that because he owned a residence and paid Minnesota property taxes, he would be entitled to the reduced fishing license fee. Long story short, his estate settled for about half of the tax, as the costs of litigating would have outweighed the tax assessment. It’s a shame though, as the $5 that Peter saved on his fishing license ended up costing his estate several thousand dollars.

Peter’s story illustrates how aggressive state taxing authorities can be. We all know that state governments are hurting for revenues and will therefore look for revenue in any place it can. What better place than to tax residents who no longer vote there?

Before becoming a Florida resident, there may be other factors to consider. If you must remain a state resident to retain certain government benefits such as health insurance or Medicaid, and if it’s not likely those benefits would be matched in Florida, then it may not be a good idea to change domicile.

One reservation that is not pertinent, and which I hear often is this: “I have lived in that state my whole life, and I cannot imagine not being a resident of that state!”

To this I raise my eyebrows with a perplexed look. Just because you are no longer a legal resident of a state does not mean you cannot travel within its borders, enjoy the company of family and friends who live there or otherwise feel a close association. It means you no longer wish to make contributions to its taxing authority.

So, the real difficulty for those who maintain residences here isn’t in their residency requirements so much as it entails escaping the clutches of your former state’s taxing authority.

In the next chapter I review whether your will and/or trust documents drawn in your former home state are invalid once you’ve become a Florida resident.

How Can We Help?

The Perils of Joint Accounts

Growing up in Indianapolis, my family was close to my [...]

Regular readers of this column know that I like to [...]

Many Florida residents, particularly those in Southwest Florida, suffered casualty [...]

Selecting Your Trustee: Ensure You Have the Right People Serving in Your Plan

Asset Alignment and Your Estate Plan: Even the Best Estate Plan Can Fail